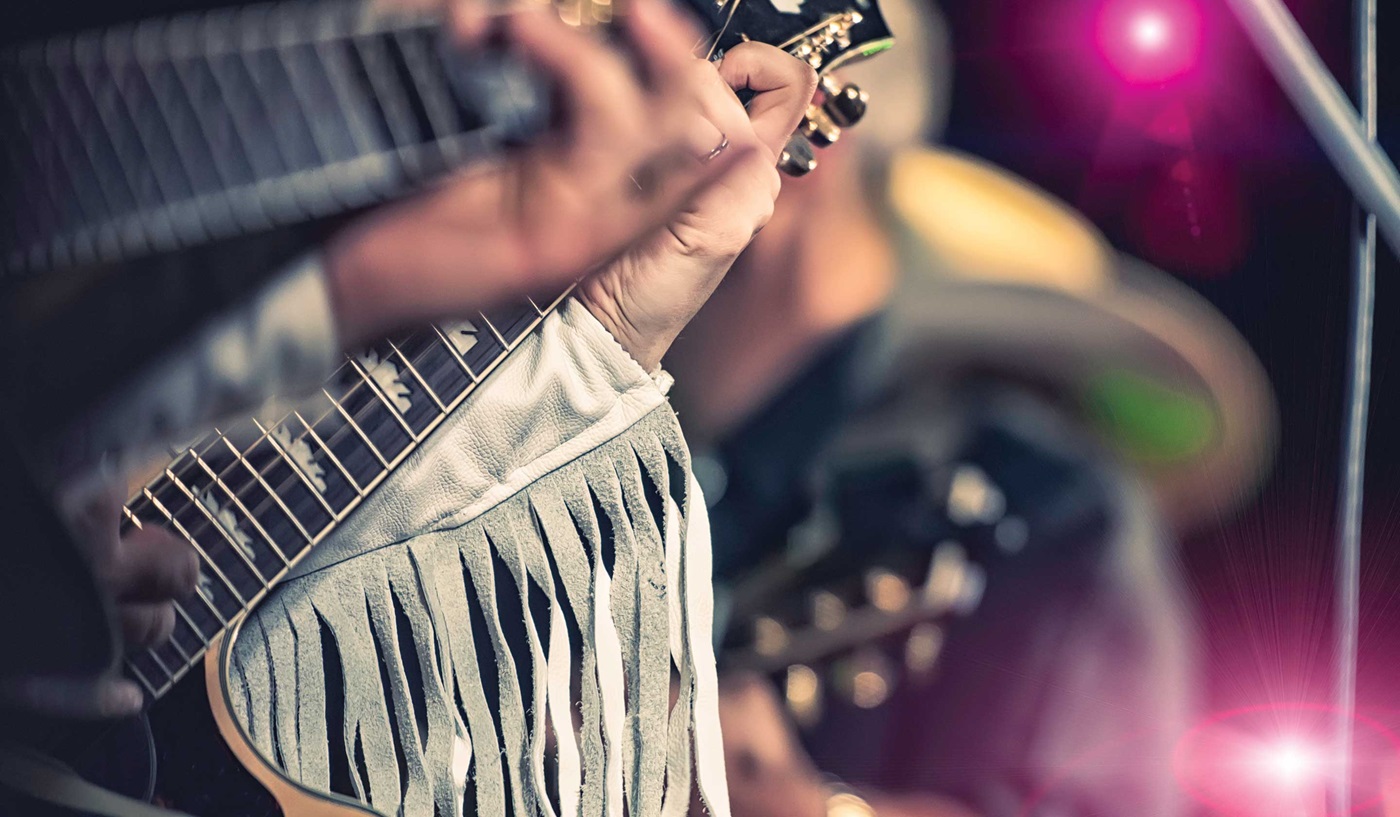 Tauck Exclusive — Spend an evening at the Country Music Hall of Fame featuring dinner in the conservatory, a performance by Lula Wiles, and a special performance by the influential multi-Grammy Award winner Rodney Crowell

4 nights at the Hilton Nashville Downtown

Private performance and talk by singer-songwriter Chelsea Crowell on her family of country music legends – grandparents Johnny Cash and June Carter Cash, and her parents, Rosanne Cash and Rodney Crowell

SEE WHAT YOUR JOURNEY INCLUDES

Guests should be able to easily walk one to two miles, which may include climbing one or two flights of stairs and walking over uneven pavement, groomed hiking trails or cobblestones. Standing up to one hour or more may be required.

Moderately paced, and may include some early morning hotel departures, one or two on-tour flights, and extended motor coach travel.

Spend five days basking in the sounds, personalities, and the great big heart of country music during our Event based on the newest Ken Burns film, Country Music. Stay four nights in the center of the music world at the Hilton Nashville Downtown, the starting point for our daily small group sightseeing tracks – The Roots of Country, The Evolution of Country, and Music City.

Writer-filmmaker Dayton Duncan hosts this exploration of the ways in which country music has changed over the decades even as it speaks to all generations today.  In the heart of old Nashville, soak in the stories and melodies at Ryman Auditorium, the Patsy Cline Museum, and at a Grand Ole Opry live radio performance. On a private tour of RCA Studio B, enter a special place where Elvis Presley, Dolly Parton, Willie Nelson, and other musical giants recorded hits. Revel in exclusive private performances by Grammy Award-winning performers and members of the Nashville Songwriters Hall of Fame… a gala evening at the Country Music Hall of Fame just for Tauck… and private talks with industry movers and shakers. Here in the music capital of America, artists of every kind found a home; the sounds of classical, jazz, pop, sacred music, among many genres, continue to fill the air. We invite you to listen with us. Read Less

Once a musical home of Elvis Presley and the Everly Brothers, Music Row has nurtured hundreds of illustrious artists, Dolly Parton and Willie Nelson among them.

Come inside a studio for rare access to a genuine live recording session of a new song by some of Music Row’s most prolific songwriters. This is a unique opportunity for Tauck guests only to meet these gifted musicians. Experience the art of music making and the science of recording as it happens, as these dedicated colleagues work to create something beautiful. You might be the first to hear tomorrow’s next big hit.

Our local guide introduces you to Ryman Auditorium

In this building born from the revival tent of a fiery evangelist in the 19th century, anything is possible: a soul can find redemption, a crumbling institution can find salvation, and an unknown kid with a guitar can find his or her name in lights.

Part performance venue, part museum, Ryman Auditorium is 100% cultural icon. Over the years it has hosted traveling acts including John Philip Sousa, Roy Rogers, Harry Houdini, Charlie Chaplin, W.C. Fields, Katharine Hepburn, Bob Hope, and Mae West. Even President Theodore Roosevelt made an appearance here. Artists from all corners of the globe and entertainment genres – from Elvis to Emmylou Harris, Paul Simon to the Pixies, and Kings of Leon to B.B. King – have been drawn by the history of this place and its place in our shared history. Discover it.

Our gala evening begins in the Rotunda of the Country Music Hall of Fame with you surrounded by the legends of the industry; each one is recognized with a plaque and together they tell a story bigger than just one artist.

The words “Will The Circle Will Be Unbroken” are emblazoned on high, establishing and perpetuating a warm and welcoming tone just like country music itself. As you sip cocktails and nibble canapés, the young critically acclaimed trio Lula Wiles performs its distinctive brand of “new American music.” The Hall of Fame’s conservatory is the setting for our exclusive gala dinner. Then step into the “living room” for a special performance by Rodney Crowell, who has won more awards for his work in music than we can count, in the intimate and acoustically spectacular Ford Theater.

Take The Details With You

All the information you need for this journey at your fingertips – day-by-day details, map, hotel descriptions, key highlights and more.

Where you stay is an important part of your journey – with Tauck, accommodations have been handpicked and carefully selected for their location and ambiance, enhancing the destinations you explore. Download accommodation details and your travel plans begin!

Receive a quote for your journey of choice based on departure date, including cabin category if applicable, that you can quickly download to take with you or share.

All Inclusive means just that – virtually every Tauck Event cost is included in one upfront price, from all gratuities to Tauck Directors, drivers and local guides to services of on-site Tauck Concierge staff, themed sightseeing tracks in small groups and much more. There are no options sold – no extra charges, no hidden costs, no "surprise" expenses.

Upon arrival and departure, transfers to and from your hotel are included as noted.

Travel with peace of mind… our Protection Products provide you with cancellation protection before your journey begins as well as insurance benefits while you are traveling.

What you need to know

No matter where your destination may be, you should bring identification with you; a valid passport is always an appropriate form of identification. Contact your booking agent for information about all necessary documents required for your journey, such as passport and visa information or documentation required for transportation security measures.

You'll find Activity and Pace Levels on all of our trips to give you a better idea of physical activity level – higher numbers mean a more active journey. To fully enjoy most journeys, you should be in good health and able to walk reasonable distances; some of the most memorable sightseeing can only be accomplished on foot and may include unpaved and uneven surfaces. Please consult your physician for pre-departure health advice.

Your vacation is an important investment – and to help you protect it, Tauck's Event Protection Product provides you with important benefits before your trip and while you are traveling, including 24-hour worldwide emergency assistance services; you'll also find deposit details and information should you have to cancel. Truly peace of mind travel at its best!
01
12

Leave Your Worries At Home

One Upfront Price – No Hidden Costs 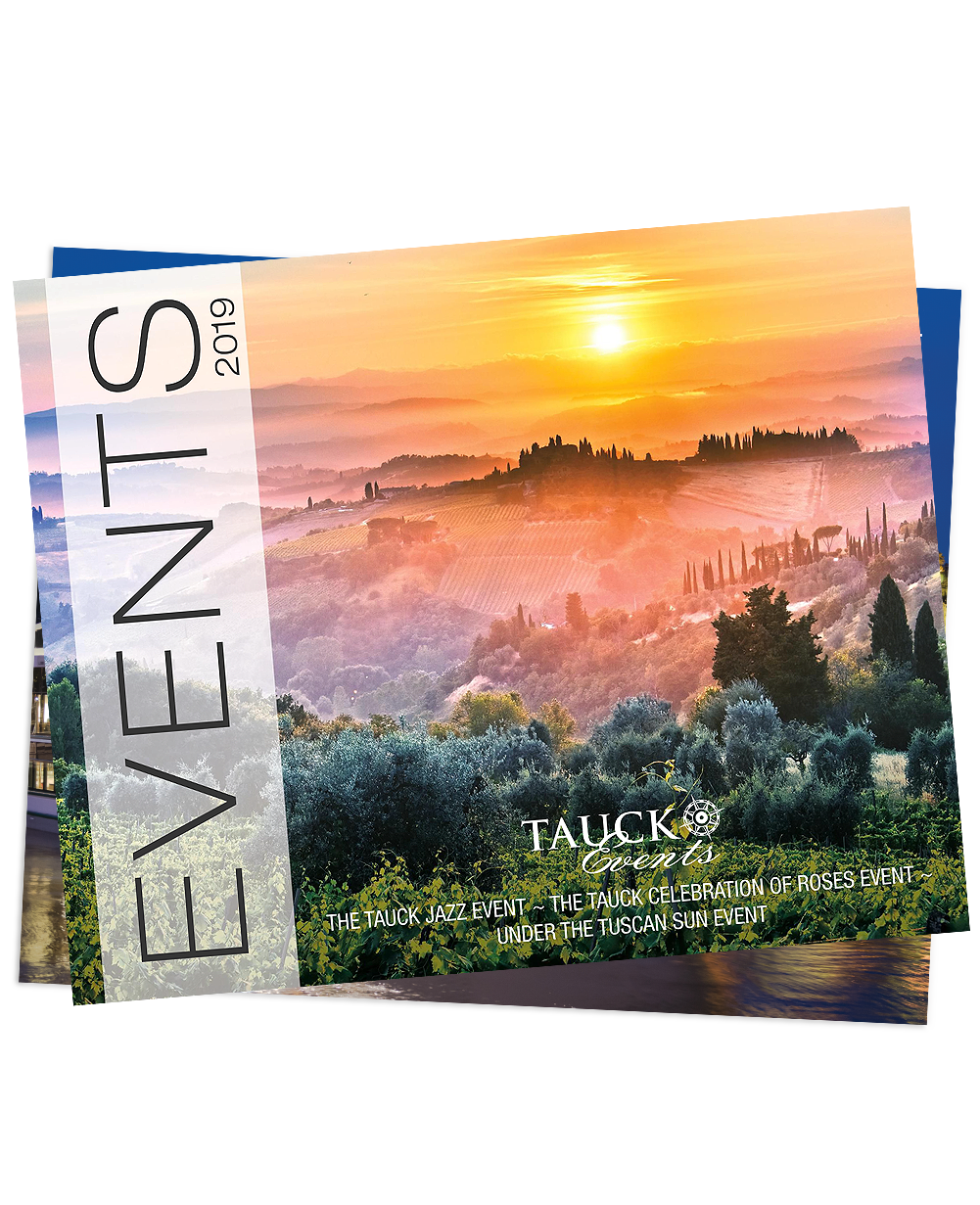 To help you plan your trip, here's an overview of average temperatures, weather conditions, and what you might expect from Mother Nature.

Take a look at some general travel information that will be helpful to you as you plan your Tauck journey.